In June 2017, I was able to work with Birmingham singer-songwriter and beatboxer Ed Geater. We embarked on a 2 week playlisting campaign aimed at gaining him coverage for his single ‘Found a Place’ feat. Lady Sanity on various music and media platforms.

Influenced by ambient artists such as Bonobo and Four Tet, Ed released his electronic infused EP ‘Unseen’ in October 2016 and began his first headline UK tour in March 2017, finishing with a sell-out crowd at Hare & Hounds in Birmingham.

During the Playlisting Campaign

One of our most notable successes came in the form of Ed’s track being spun multiple times on BBC Radio 6 by Tom Robinson. This was a huge platform for Ed as according to the latest Rajar figures, the station draws in around 2.35 million listeners every week and is known for it’s know-how in playing the best new music in the industry.

‘Found a Place’ was also included on Stereofox’s website and their “Discover Weekly” playlist, as well as featuring on the “Latest” playlist by Hype Machine. These new music platforms gave Ed’s single exposure to over 10,000 people and allowed him to build his ever-growing fanbase online. The single also received coverage on various YouTube music compilation channels, giving Ed the chance to tap into huge new audiences. 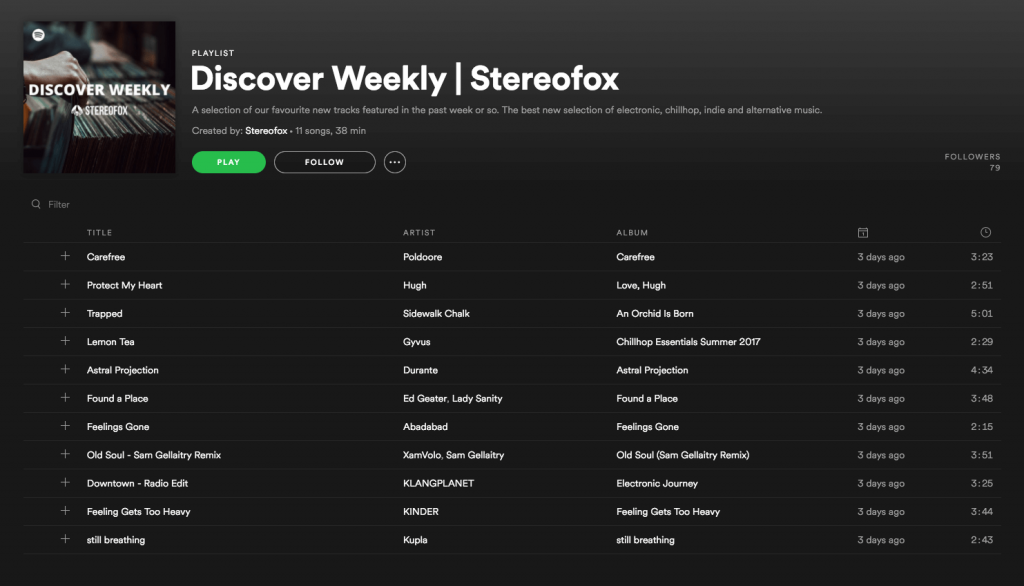