The task was to help Garment Printing after their visibility and traffic had been severely affected by Google algorithm updates for the second time. They had also had bad experiences with previous SEO agencies.

We found that Garment Printing had different domains that they used to deliver their blogs and products. They had their own reasons for doing this, but it was creating several bigger issues.

External duplication was being created from blogs that were copied from one of these domains to the main site and search engines were struggling to determine which to show to users as they were essentially the same page. Their authority and brand were becoming diluted through not having all their content and products in the same place. This was also a large missed opportunity to have a single ‘strong’ domain.

The use of the unsecured protocol (HTTP instead of HTTPS), is also known to be particularly sensitive for e-commerce websites where personal details are required.

Many of the other domains were created using different CMS’ making it difficult for some elements and the content to be edited. This meant that implementation was often slow, difficult and came with many subsequent issues.

I found that the XML sitemap was too big and not following best practices, which created many inefficiencies. Some of these included Non-200 pages in the sitemaps (e.g. 301s, 404s, 500s), Non-canonical URLs, and orphaned pages were also present in the sitemap.

I found a few technical and response code issues which were causing crawl inefficiencies and need to be updated. Some of these needed to be updated manually.

All these issues were coupled with a load time of 10 seconds+ for their main pages. A crawler and user’s nightmare, especially on mobile. One of the biggest problems was the sheer size of the homepage which could easily be reduced.

Having analysed the problems, the team then set out a strategy to tackle some of the deep lying issues that the site was facing. Garment Printing were struggling to be seen in search results and their traffic had dropped massively.

It was very important to the business for this to improve back to previous levels and to increase their revenue.

Our first port of call was to create a landing page URL plan so we could collate all the new landing pages into a more SEO-friendly structure. Once approved we began to update these and implement the necessary redirects. We also removed some unused elements from the homepage and reduced the overall size significantly. This meant the website now took substantially less time to load.

Once we had improved URL structure, began work on the technical problems and optimised the content, we began to start seeing the tides change:

The site had low rankings beforehand but started to see massive improvements within weeks:

On the back of this, it was agreed to redesign and rebuild their website in a way that would better suit the needs of the business.

The current website was an extremely over complicated combination of React, Magento, WordPress and more, that had been implemented by various development agencies. This was a big reason behind much of the struggling rankings – the website was very difficult to crawl and was incredibly JavaScript heavy.

The rebuild did present a myriad of problems that we didn’t anticipate at first and caused us to change our tactics several times throughout. We ultimately decided to focus on rebuilding the WordPress side and leaving Magento until a later date.

This also led to problems we had to navigate during the live migration where redirects didn’t always work and there were 1000’s of crawl errors to resolve.

One of the key decisions we made was in separating the e-commerce site from the content side. As part of this, we also cut out many of the unnecessary pages on the site. The quality of the content was poor and wasn’t helping rankings in any way, in fact most of it was casing keyword cannibalisation issues.

By removing and editing much of the content, this meant that there were now less indexed pages but it resulted in much better-quality pages that were more trustworthy and authoritative.

Given the competitive market, it was essential that a proper strategy was put in place to help Garment Printing return to the levels they previously enjoyed. We can see from the image above that they had been hit heavily by the Panda Update #11 in March 2012 and it took them over 4 ½ years of steady amendments for them to improve again. Then came the Penguin Update 4.0 in October 2016. We can see that after this they began to slip again and were understandably getting concerned.

The moment we began to help in August 2018, we can see that the visibility stopped declining and started to stabilise. What’s more, after we launched the new website in March 2019 their visibility – along with traffic – began to improve and continues to do so to this day.

Garment Printing are now enjoying levels that they haven’t experienced since 2017.

What Did this Mean for Organic Traffic?

Comparing the month of the new website launch vs. the previous period, we saw good improvements in users and sessions. This is exactly what Garment Printing needed and we have continued to see such success.

More recently, if we compare the last month vs. the previous year, not only are we seeing good improvements in traffic, but the number of completions of the quote form on the site (one of their most important business goals), has rocketed up by 209%!

The trend in impressions over the last 12 months corroborates this too showing almost constant improvement and producing over 5 million impressions.

The new site is now performing really well and are experiencing their best ever rankings for a keyword with a volume of over 60,500 searches each month.

Furthermore, with the increase in conversions, there are too many leads coming in from SEO for the Garment Printing team to handle! 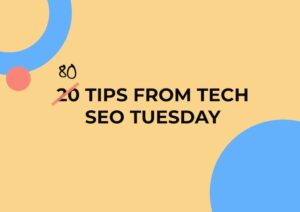 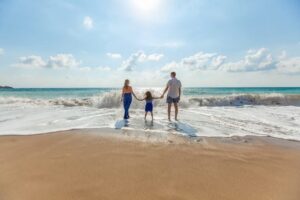